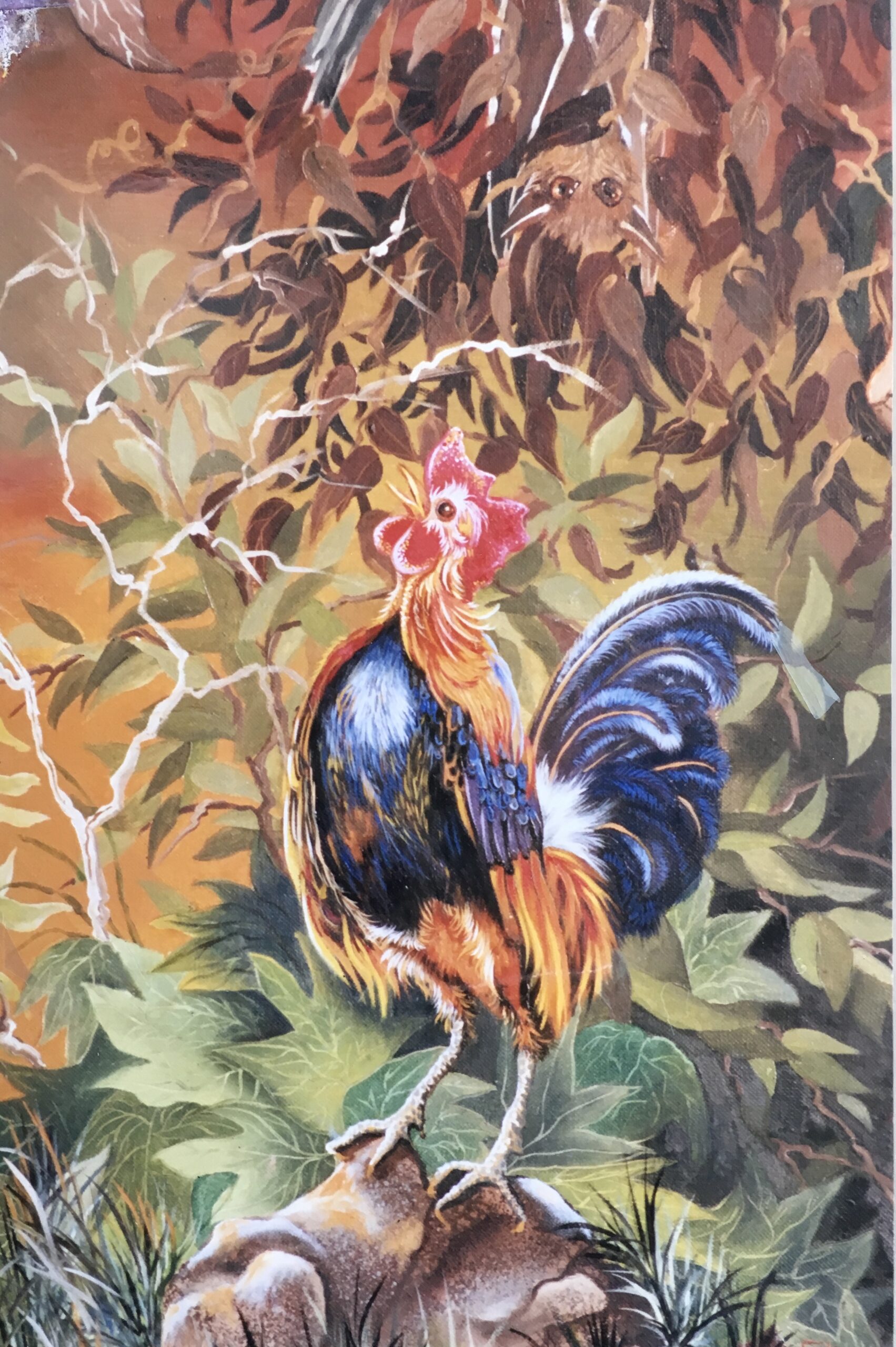 In Mussoorie there are some oil paintings which used to be part of a much larger painting that was made in the early 1980s. This artwork is part of a set that I had to cut from the larger painting.

When I made the large painting, I had to work in a room so small that I could not see the whole painting in one go. I had to step outside and stand in the garden and look through the window to be able to see the entire work.

This large painting was hanging in my sister-in-law’s house and looked very beautiful there. It was a 6 x 4.5 ft work that was displayed there for years, though I did not see it during that time.  When I did go to see it, I noticed that the painting had one long line with holes across the middle. These holes were precisely located where the wooden support of the canvas stretcher was placed behind the painting.

After examining the back of the painting, I noticed that there were mouse droppings on the wooden support. This meant that mice had been running up and down the wooden support, hungry and looking for food. They apparently smelled the oil in the paint and decided to chew on the canvas. I was really upset when I saw this and the lack of care of the beautiful artwork which I had given to my sister-in-law. When I noted the condition of the painting, I immediately removed it from the house. With a broken heart I cut the undamaged parts of the canvas into four smaller pieces and then had them stretched and framed.