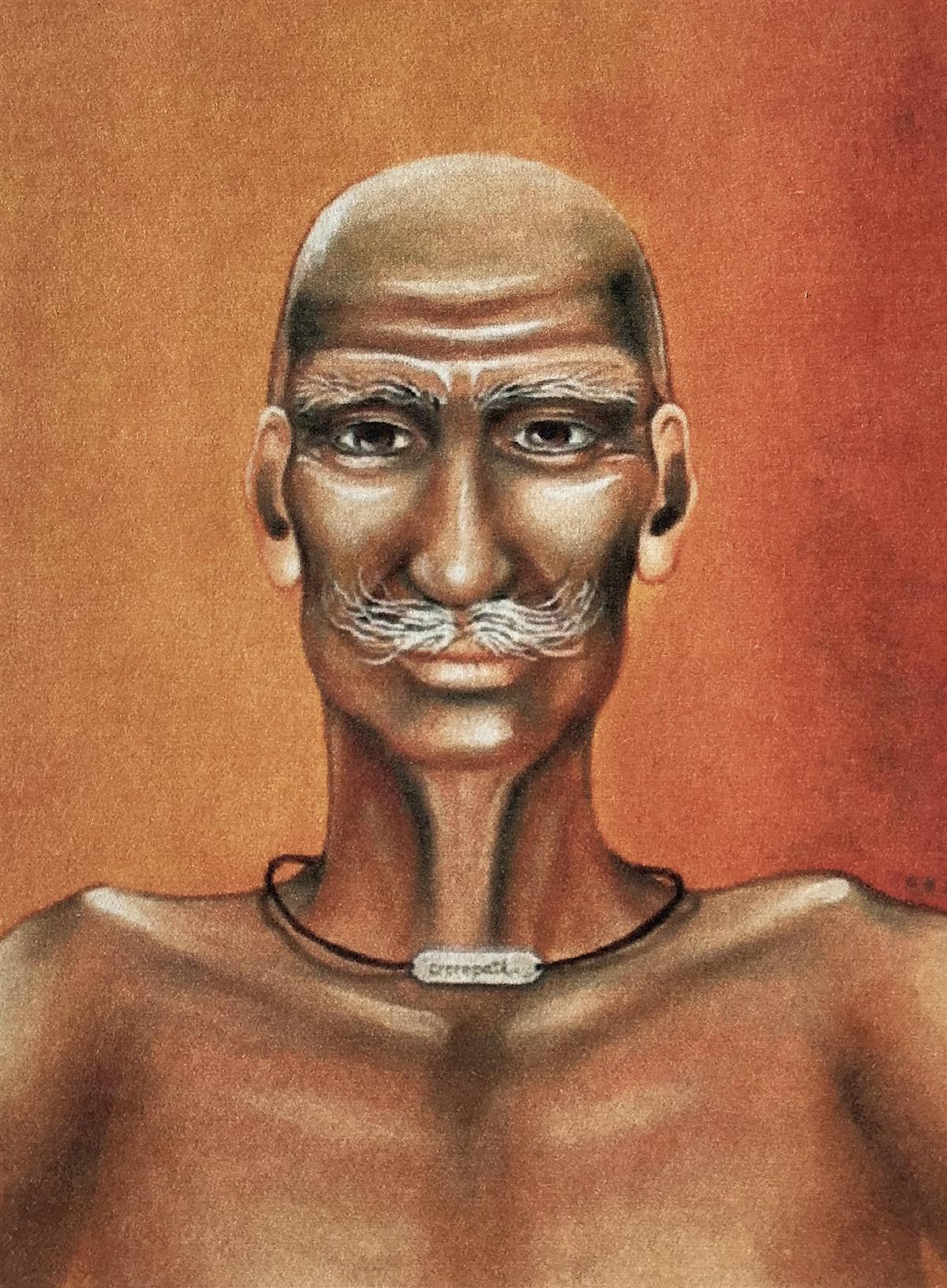 The old man in this painting looks like a very simple villager in every way. He is actually a real man and this is his portrait.

Every day I would look out of my car window when I drove past this man’s villagebecause I was very curious to see what everybody was doing.  Iwould see this old villagerdaily, wearing a white loin cloth, his wrinkled upper body bare.

I would look carefully to answer my own question“what is he doing today?” I noticed whether he was smoking the hookah in his tiny front yard, or whether he was sleeping on a wooden traditional charpoy (bed). Sometimes he was just walking around and peeking over the shoulders of the usual card players. He was very thin and always looked calm, I never saw him speak to anyone. He was always quietly interested in what was happening around him.

Oneday I mentioned to someone who knew the villagers very well that I watched for this old man every day. The person responded by telling that this man was extremely wealthy.He had sold his land and had kept all the money all in the bank. He made his family dance around in the hope he would give them the money but he kept them hanging on without giving it.

Many years passed and one day he was not visible anymore. His little front yard and house were unrecognisable, they were changed. Actually, these days, the whole village is unrecognisable.
There are shops everywhere. From time to time it is almost impossible to drive through the village because there are so many people and cars on the street. Some locals park their cars just anywhere, causing traffic jams.

I decided to make the old man’s portrait from memory after he disappeared. In the painting he wears a black thread around his neck which symbolises the warding off of the evil eye. The black thread has a tag that says CROREPATI.  In Hindi this means millionaire!

This painting is about “do notalways believe what you see”. There can always something else happening behind the scenes that we do not know about. The painting is like a warning, do not jump to conclusions, things might be very different from what we think. Time flows like a river and I am still watching when I pass through the village.