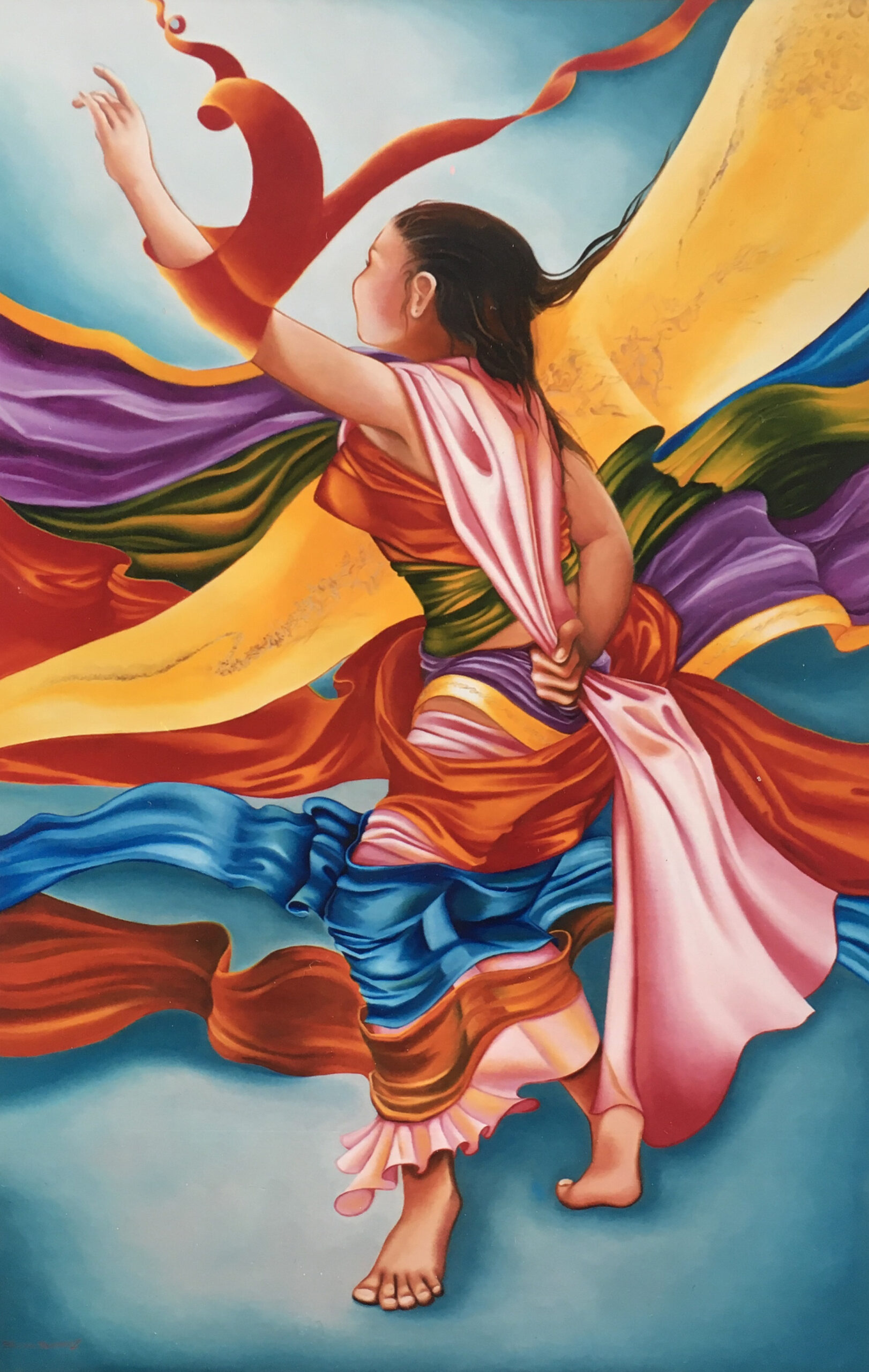 This painting is about the central story of the Bhagwat Gita. It is about an event where one of Queen Draupadi’s five husbands gambles her away. To humiliate her husbands, the winner decides to disrobe her in front of the public. Draupadi protests that the winner has no rights over her.  Nevertheless, the winner starts pulling at her sari (traditional Indian women’s dress) and as he pulls,  Draupadi reaches out her arms and beseeches the God, Lord Krishna, to help her. Lord Krishna helps her by wrapping her in evermore cloth so that, as her clothes are pulled, she is never disrobed.

While this event happened, Draupadi curses her luck. This moment marks the beginning of a war which forms the basis of an important teaching in the Hindu religion. I have never seen a depiction of this event in any painting.  Here in India, whenever people look at this painting they say it is bad luck. However, I could not resist painting this event because I admire the strong independent Queen Draupadi. I like painting strong women from Hindu mythology. Some of the Hindu Goddesses have great power and are extremely strong. One Goddess even eats a whole army.

I love painting fabric and I took advantage of the subject of this painting to indulge myself and use multiple colours to form a bright rainbow of cloth.  The fabric is painted in a way that emphasizes direction to focus on the central figure. Look at Draupadi’s feet, how she grips the floor. Her toes are splayed and resisting, her posture shows determination. The holy event of the war is painted on the yellow sari in the middle, a hint of what is to happen after this humiliation.