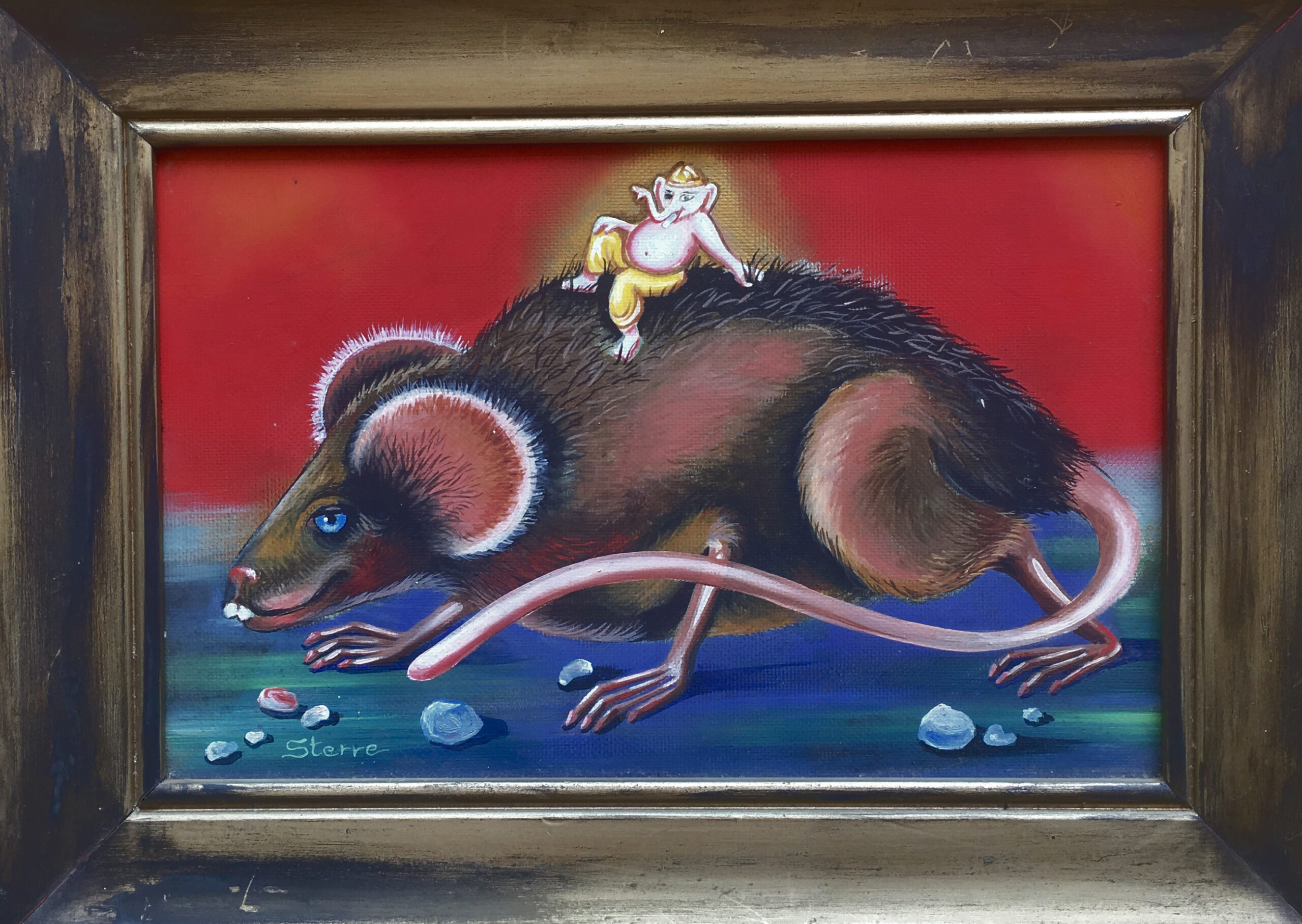 Here I show Ganesh in a reversal of roles. Because he is the Elephant God of plenty, he is usually shown as big and large. When he gives, he provides a lot. This is the reason he is usually shown with the Goddess Laxmi, whom Hindus often beseech to gain material benefits.

In this painting, I play with proportions. What is intended to be big is made small. What is meant to be small is made big. It is just a way of looking at things in a different way. By the time I made this little, tiny painting, which is hardly 243.84cm X 487.68cm, I had been toying with the idea of painting Ganesh for many, many years. I just did not get the right inspiration to do it in the very unconventional way that I wanted.

The traditional way of depicting the two is with a tiny rat carrying big, huge Ganesh. Here I depicted little Ganesh happily riding the big rat. The rat’s name is Mooshak. When I started this painting, I was in the mood to play and little Ganesh was the result.

Mooshak, the rat, represents ‘ego and plenty’ because rats multiply very quickly, are very clever, and go everywhere. This is why the rat is depicted as a vehicle for Ganesh. A high focus on ego and plenty of material wealth are believed to go hand in hand.

This painting is one of the tiniest serious paintings I have made. I decided to make it so small only to emphasize that size doesn’t matter, only how we perceive it. Wealth is a matter of perception. One man finds his kingdom in a small hut while another man thinks his palace is a hovel.