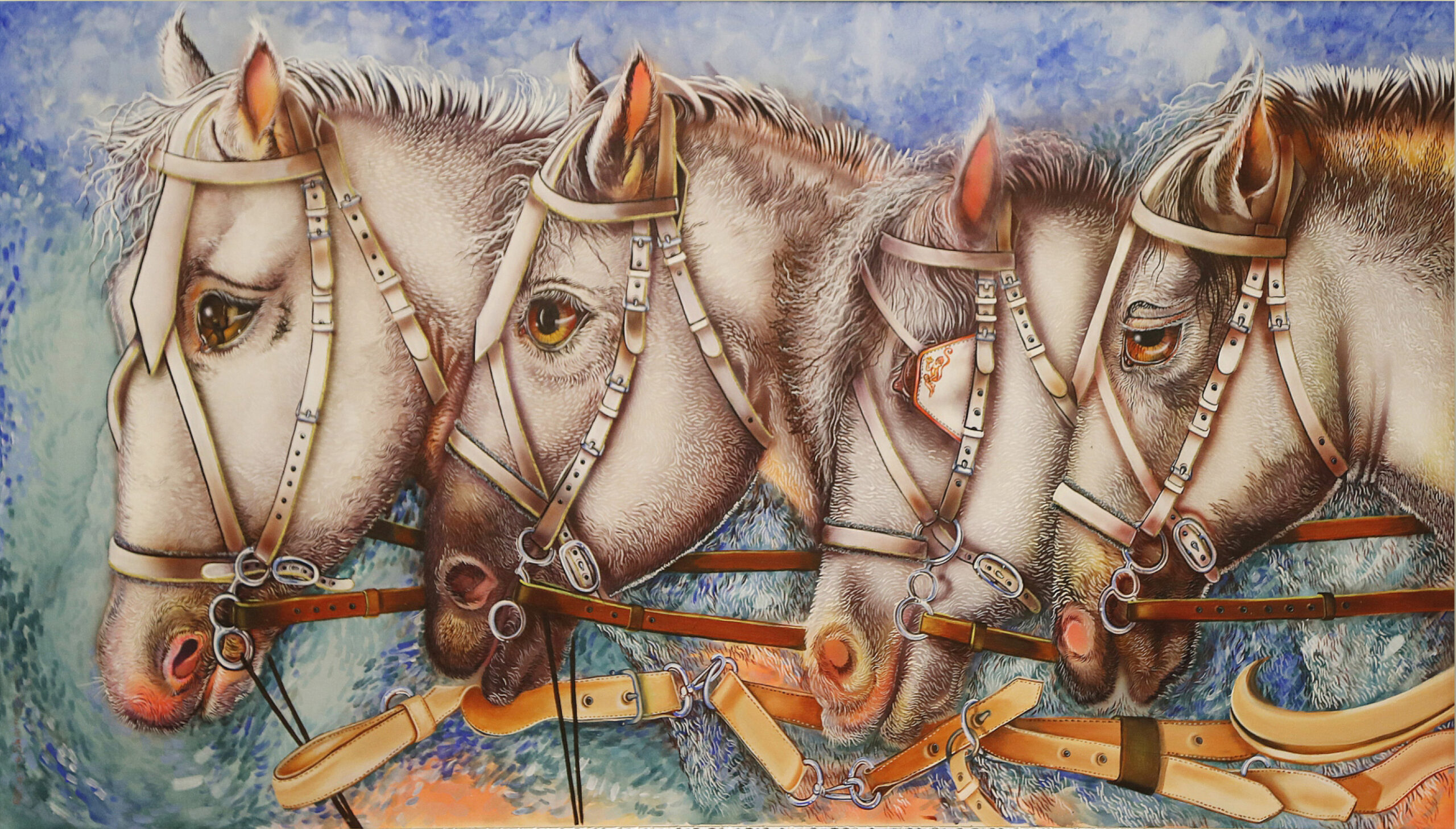 Hindu mythology was the inspiration for this painting.  It represents the moment in the Mahabharata” epic when the war starts. The horses pull a chariot of war, the “Kapi Dhwaja.” It was most probably a quadriga (a chariot drawn by 4 horses).  In the time period of the Mahabharata War,  chariots where build for fast movement and efficiency. They were built to be lightweight, which also implies that they had only 2 wheels instead of the more commonly known 4 wheeled chariots.

Each horse in this painting has been given its own personality and name. If you look in the eye of the first horse you will see a warrior lifting a sword, this horse represents anger. The second horse shows fear, the third joy, the fourth sadness.

We do have to consider that every element in the painting is symbolic. There are four horses because they represent our four basic emotions that need to be controlled (i.e.: anger, fear, joy, and sadness). Hindu thought is open to different interpretations. Krishna controls them as represented in “knowledge/wisdom” of spiritual things or “gnosis”. The sun is the outermost manifestation of the “solar logos” that is believed to govern the entire solar system.

Every Hindu narrative gives direction to help find positive alternatives to solving personal difficulties, behaviour and insecurities.  I am personally fascinated by what I learn when I read Hindu texts.  There is so much content in Hindu texts that it is impossible to remember everything. Just like with this painting, it is much more complex than first meets the eye. As a matter of fact, when l wrote these paragraphs l had to research this concept again!

With this painting l was able to visit my love for horses again and give more body to the concept of a higher interpretation. I enjoyed playing with the horses’ white hair, using numerous strokes to give texture and bring relief and direction into the painting. The horses are celestial beings which l indicate with the impression that they are flying, the horse heads do not have bodies! Everything in this painting has a psychological meaning.