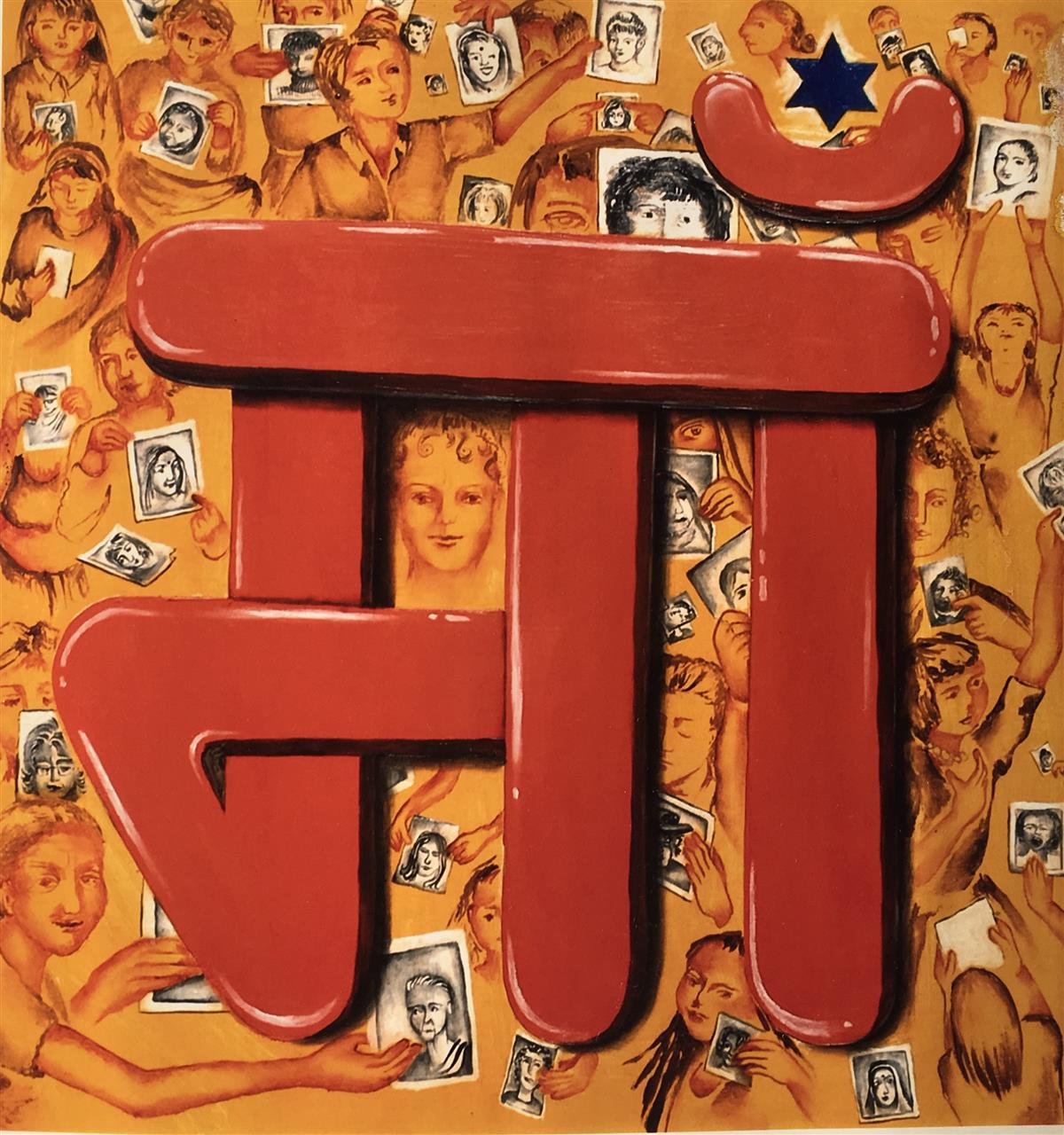 This painting is inspired by a photograph I saw of an old lady holding a black-and-white photograph of her mother. It really inspired me to make a painting based on the idea of Maa (mother). This is the first of several paintings I have made over the years with the subject of mother.

Living in India I found a recurring influence in families around me as well asin films, books and on TV of the cultural importance of “Maa”.Unfortunately, I was not a beneficiary of this respect and affection from most of my Indian family.I was seen only as the “un-Indian” one in the Indian family I joined! Particularly by my mother-in-law who lived with us. The daily humiliation and pain that this caused me is also expressed in this painting. In this art work, I painted around 35 to 40 women of various ages showing black-and-white pictures of their own mothers.

In the middle of the painting there is a big red letter in Hindi, it means Maa!
I only know how to write two words in Hindi, Maa and Ohm (God) though I speak the language fluently.

My own mother is painted in the centre square of the letter, there I show respect to my mother and give her a place in my art and in my heart.

On the right hand side corner at the bottom, there is a young woman with her back towards the viewer, She is the only one taking this posture. In her hands she holds up a blank piece of paper, she has wiped out “mother”, she is my daughter…

Cement Carriers on the Back of a Truck, 1988