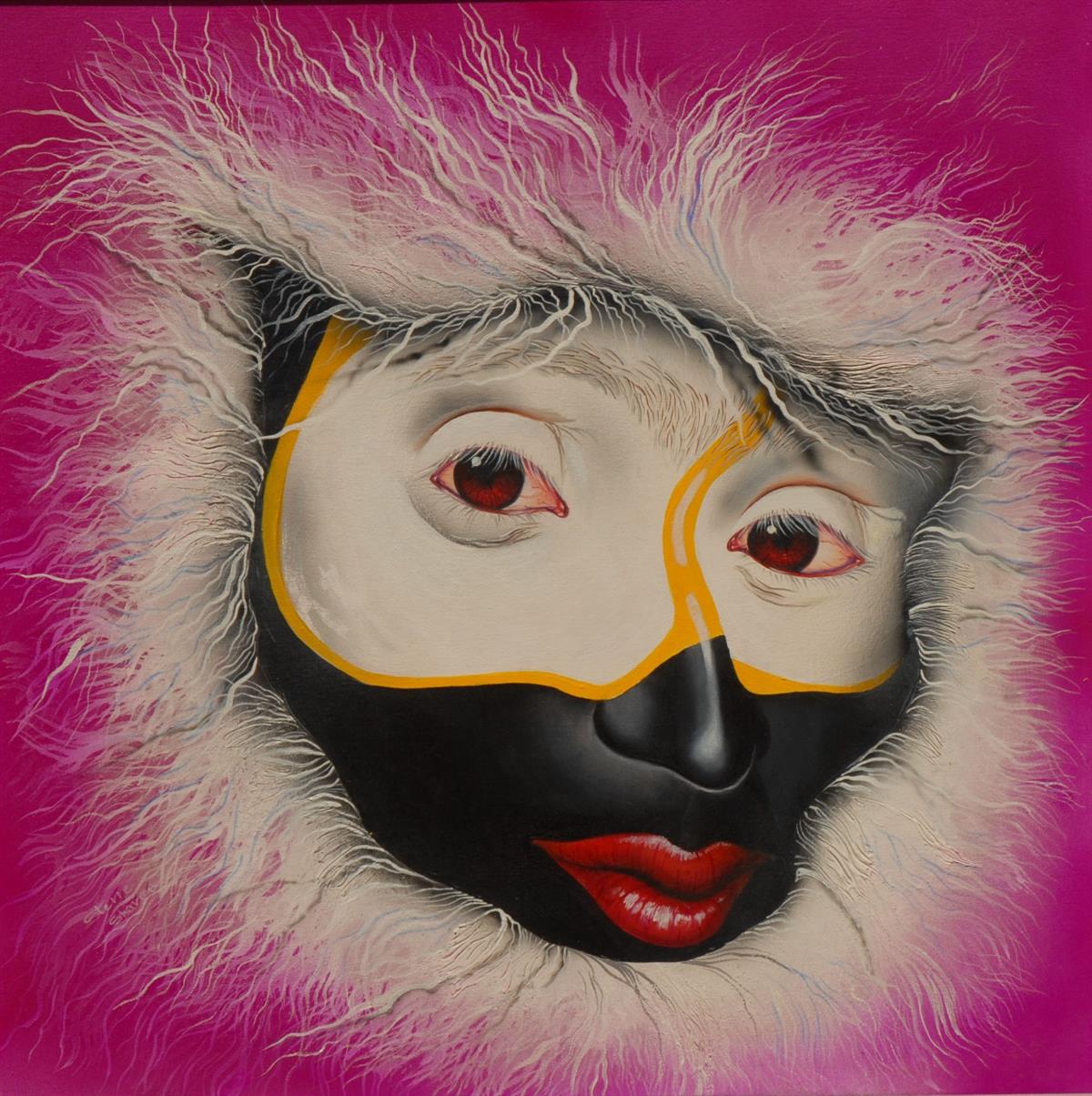 This is another very telling portrait, it is of a traditional artist called a “Behrupia” who specialises in impersonating a monkey.

The Monkey Man is a well-respected performer in India and generally performs at special religious festivals near temples. These performers are appreciated because they represent the God Ram’s devotee “Hanuman” and his army of monkeys.The Behrupiacan also be seen going to shops to give blessings and receive alms.

The particular Monkey Man in this portrait is incredible.When he wears his make-up and his costume, he truly becomes a human monkey. While I watched him I would forget that he actually was a man. The way he sounded, the way he jumped, the way he looked, he was not a man, he really was a monkey.

I painted this Monkey Man exactly the way he was. Surprisingly his eyes were very peaceful, though I know his life was quite hard as he lived in a hovel.He looked very thin but was extremely energetic. It was as if a magic wand touched him while he transformed into a monkey!

When I sold the painting I gave the Monkey Man the proceeds.It was magical just seeing the surprise in his eyes.

I did not want to make a painting showing his entire body in full costume.His face was so touching, I wanted to focus just on that.I gave a bright purple acrylicbackground to contrast with the black and white of most of the face and painted his real red lips. The red lips clash with the purple background and this contrast creates an emphasis on the lips. When he turned  into a monkey he would curl those lips and screech, just like the real local monkeys.

I have not seen him in many years,it is time for me to find out if he is still nearby.