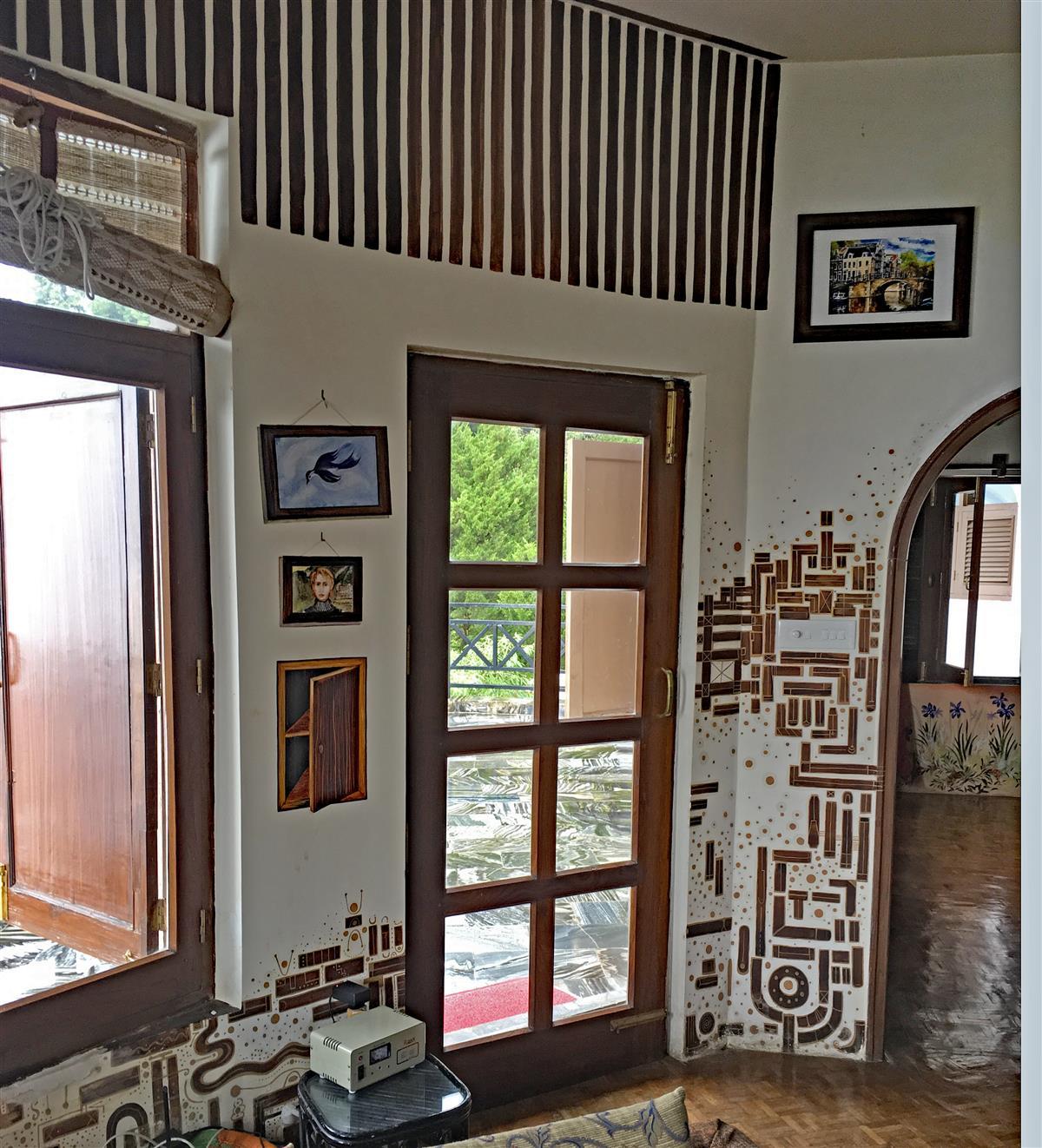 The Mussoorie small living room plays a great deal with “trompe-l’œil”. This is an artistic technique to trick viewers into believing that there are things which are not there. Things like small windows that open towards the outside of the room and show the landscape around the house. The windows look real but they are just painted. One of the windows actually shows a row houses on a canal in Amsterdam, bringing back a small bit of my past into my present.

There are cupboards painted on the wall with small open drawers. They look very real but are also painted. It also looks as if there are things nailed to the wall, such as a key and lock.  These serve as subtle references to the unlocking of a mind that blends the real and the unreal. Not only within this home but also in life.

I have painted circles around the fan on the ceiling.  If you stand in the room and look up for a while it feels like the circles move instead of the fan. The whole room is about tricking the mind.

Flat puzzle pieces, resembling the wooden floor tiles of the room, are painted on the wall in flat simple patterns to contrast with the reality of actual windows and cupboards. These tiles dance and play around the room.

The fire that I painted on the staircase can still be seen right at the entrance of the room. The fire has a different meaning than when seen from the staircase where the animals are afraid of all the forest fires which often burn on the hillside of Mussoorie.  Inside the small living room, the meaning of the fire is to serve as a reminder that everything is finite.