Mussoorie Furniture and Murals, oil paint on wood furniture and on walls, work started in 1994 and was completed in 2019. Mussoorie centre table 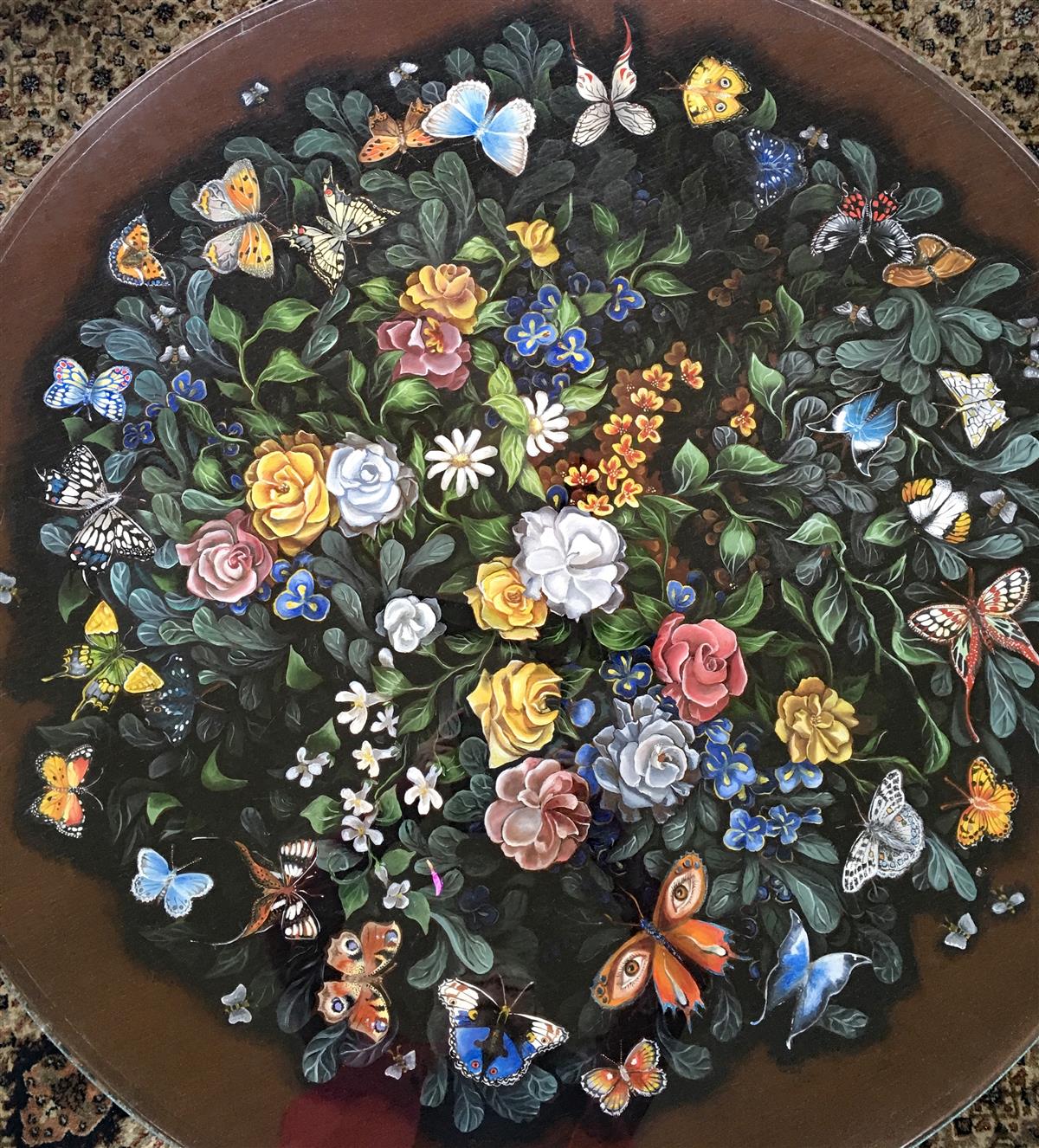 This was one of the first pieces I completed for the house in Mussoorie called “STARVIEW”.

The house is located in the Indian Himalayas and situated on the road to Danolti, a 15 minute drive from the small city of Mussoorie. This city is often referred to as the “queen of hill stations”.

Most of the furniture for the STARVIEW house was made in New Delhi and then transported to Mussoorie. The table in the photograph depicts the flowers and butterflies in the Himalayas. It has a three-dimensional effect. You can see the relationship between the previous painting called ‘ the tree’ and the work done on the table. I wanted to bring the outside beauty of nature of the Himalayas into the house.

Many of the flowers on the table are visible right outside STARVIEW.  Even the animals seen outside enter the house in the shape of paintings.

I have spent many pleasurable days from morning to night painting the house.

Where-as nature keeps changing outside, the paintings have frozen special moments from outside the house on the interior walls and furniture.

To paint the table, I sat outside on the ground bent over the table for hours taking at least six weeks to complete.

Cement Carriers on the Back of a Truck, 1988