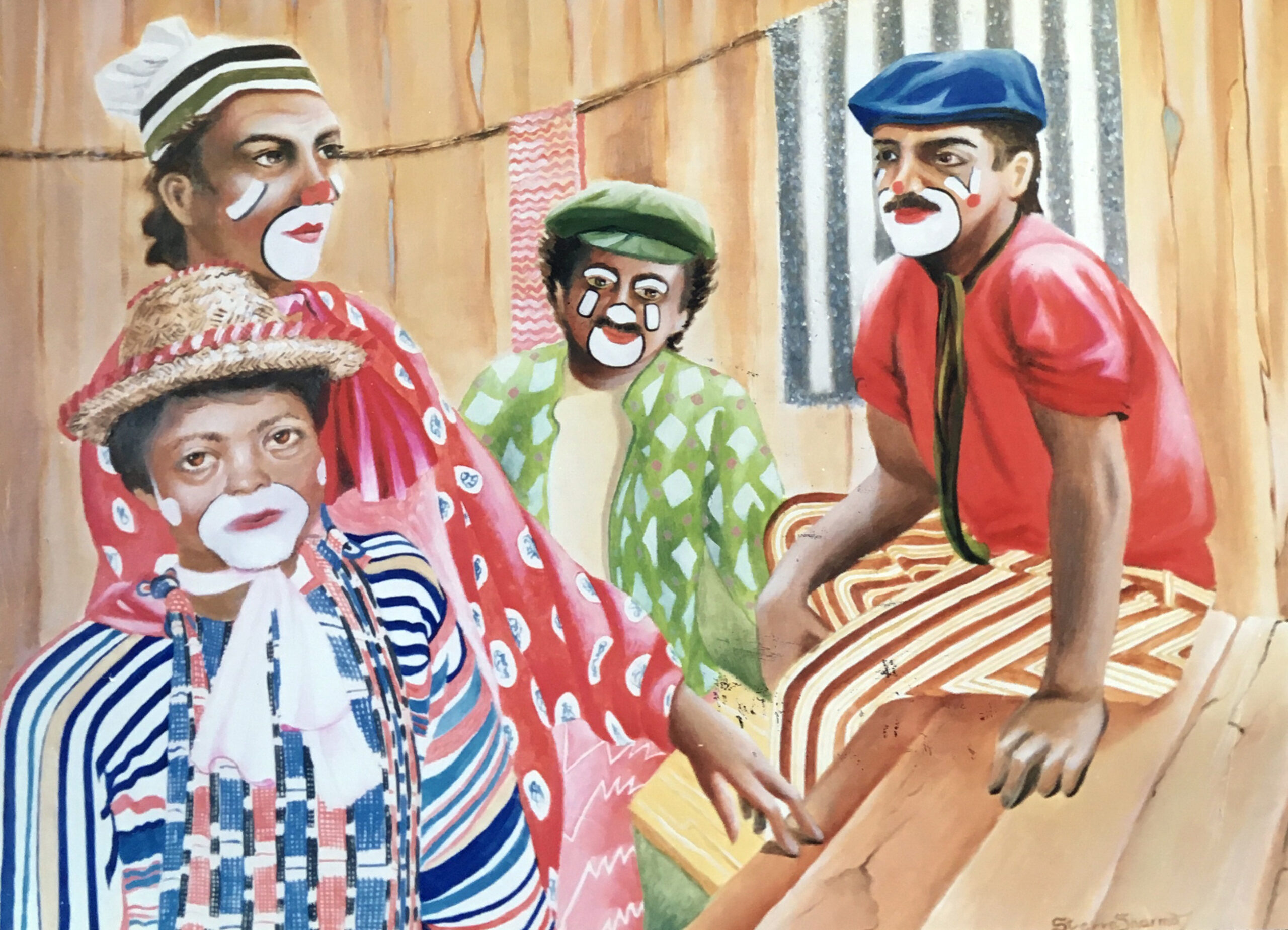 In early 1990, there were still quite a few active circuses in India. I went to see one of them. It was the “Amar Circus. ” With great difficulty I managed to get permission from the owner to photograph the artists. Generally circus owners did not want anyone to come anywhere near the artists just in case they would become corrupted[MZ1]  or stolen to work for another circus.

I made a whole series of photos inside the circus as well as at the back where the artists live. Maybe they allowed me to visit the back because I am a foreigner.

This painting is not from my imagination but shows the real people I saw, standing exactly like they are depicted here. This is why I called this painting, “Real Clowns”.  They were not pretending to be sad nor were they trying to be like clowns. They were just people lost in their own thoughts, only one man realised I was there. He is the one staring at me in the painting.

I wanted to immortalise this moment because most of the artists I saw backstage were just so natural and not conscious of being photographed. The beautiful part of making a painting is that the moment stays alive as long as people see the painting.

Unfortunately, after so many years, I do not remember what happened to the painting. It was part of a collection that was sent to the Netherlands for an exhibition but I think this painting was left behind[MZ2]  in India.

These artists were incredibly talented and many were taught in a circus training village in Kerala, South India.