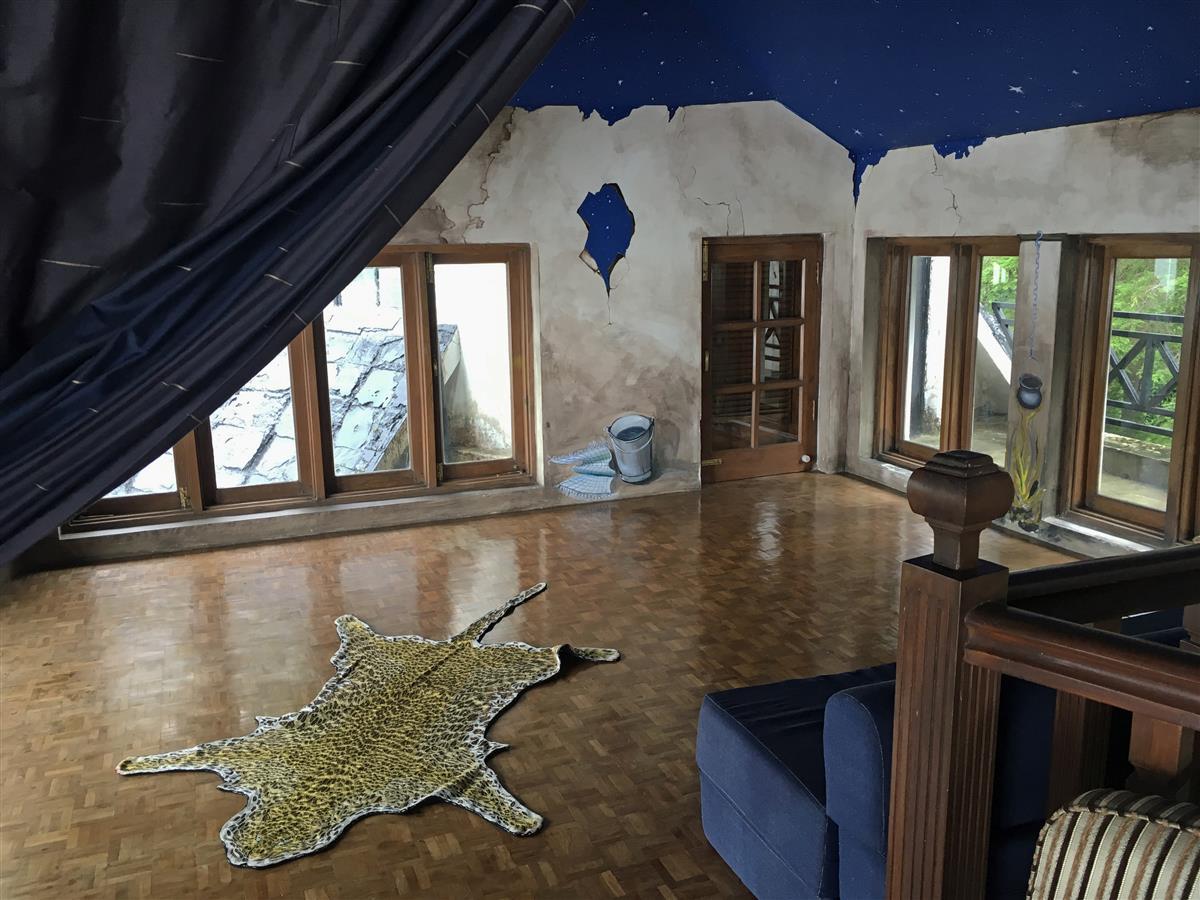 The western side of the Starview attic is devoted to the worship of the God Shiva.

It has been painted to look like an abandoned building with the roof open to the twinkling stars.

The God Shiva is often depicted at night. He is the colour of the night: dark blue, he wears the moon in his hair and sits on a leopard skin.

Living there is an acetic holy man who avoids material things and is a devotee of the God Shiva. This man is not visible, however. The walls are painted to show the possessions necessary for this wanderer’s daily needs. One can learn a lot about him from those items.

In a corner is a little shelf with a picture of the God Shiva. In front of the picture are burning incense sticks. These tell us that this man has just finished worshipping and has just left for a moment.

In between the windows a small fire can be seen with a cooking pot bubbling with food hanging over the fire.

In one corner is an alcove in which a candle burns to give some light, the ceiling indicates it is night-time.

On one of the walls a bucket with water next a towel has been painted. The acetic has been washing something but it is not too clear whether he washed himself since a lot of the Shiva devotees smear themselves with ash. Most likely his hair has not seen a comb for countless years and is now a tower of dreadlocks.

The acetic has placed the things he carries around as he wanders in a corner. One of these is a trident with a ‘ dumroo’, a small drum which makes a sound like a rattle. A small orange cloth bundle called a ‘ potla ‘ holds all the clothes that this man owns, it lies on the ground next to the trident.

The God Shiva makes the mountains his abode and it is believed that his energy is in the high altitude’s rarefied air.

The room is painted in this way to make you feel like you have just intruded on a very private moment in the life of one of the holy men who can be seen all over this region. It is almost as if the room is inviting you to join in the experience.