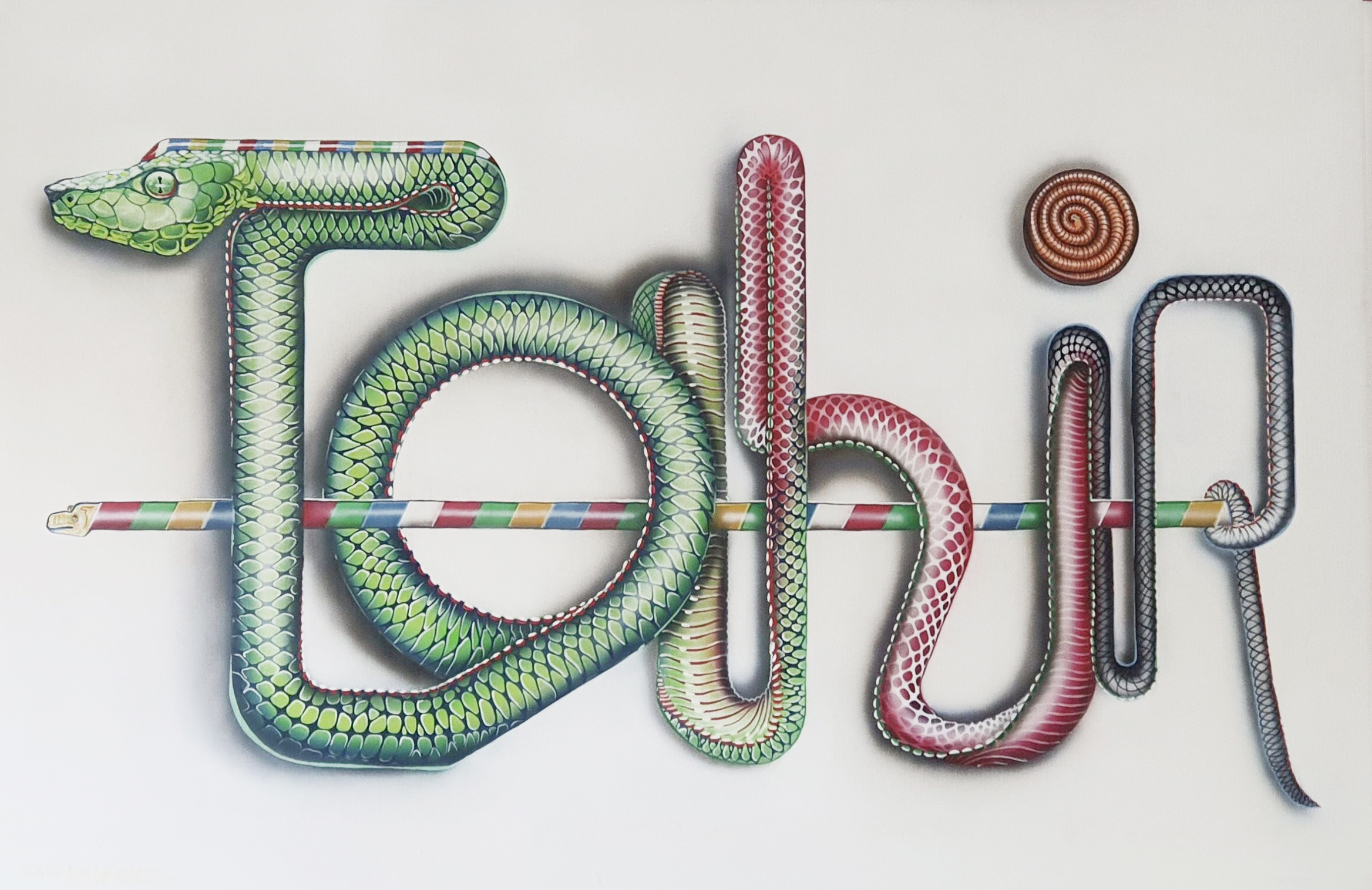 This painting was painted at the request of my grandson Tahir. He was three years old at the time and snakes fascinated him. There are plenty of snakes where we live. He was aware of their presence and talked a great deal about them. I felt very happy when my grandson asked me to make a painting of snakes.

Personally, I feel that snakes are much maligned and are actually attacked more than they attack humans.  Because humans are frightened of snakes, I continuously have to fight to make sure that not all the snakes on the farm where we live are killed.

I  consulted  books on reptiles and then selected a snake that suited my plan for a painting. My choice was a snake from the state of India called Arunachal Pradesh. This snake is very colourful and mildly poisonous. Of course, as you can see from this painting, I took artistic liberties with its depiction.

My grandson’s name “Tahir” is painted into the shape of the snake. To stabilise the image I drew an imaginary rodlike snake through the centre of the name.  I incorporated the colours of Buddhist prayer flags into painting of the snake as a form of protection for him. The painting hangs in his room and still looks as beautiful as the day it was made.