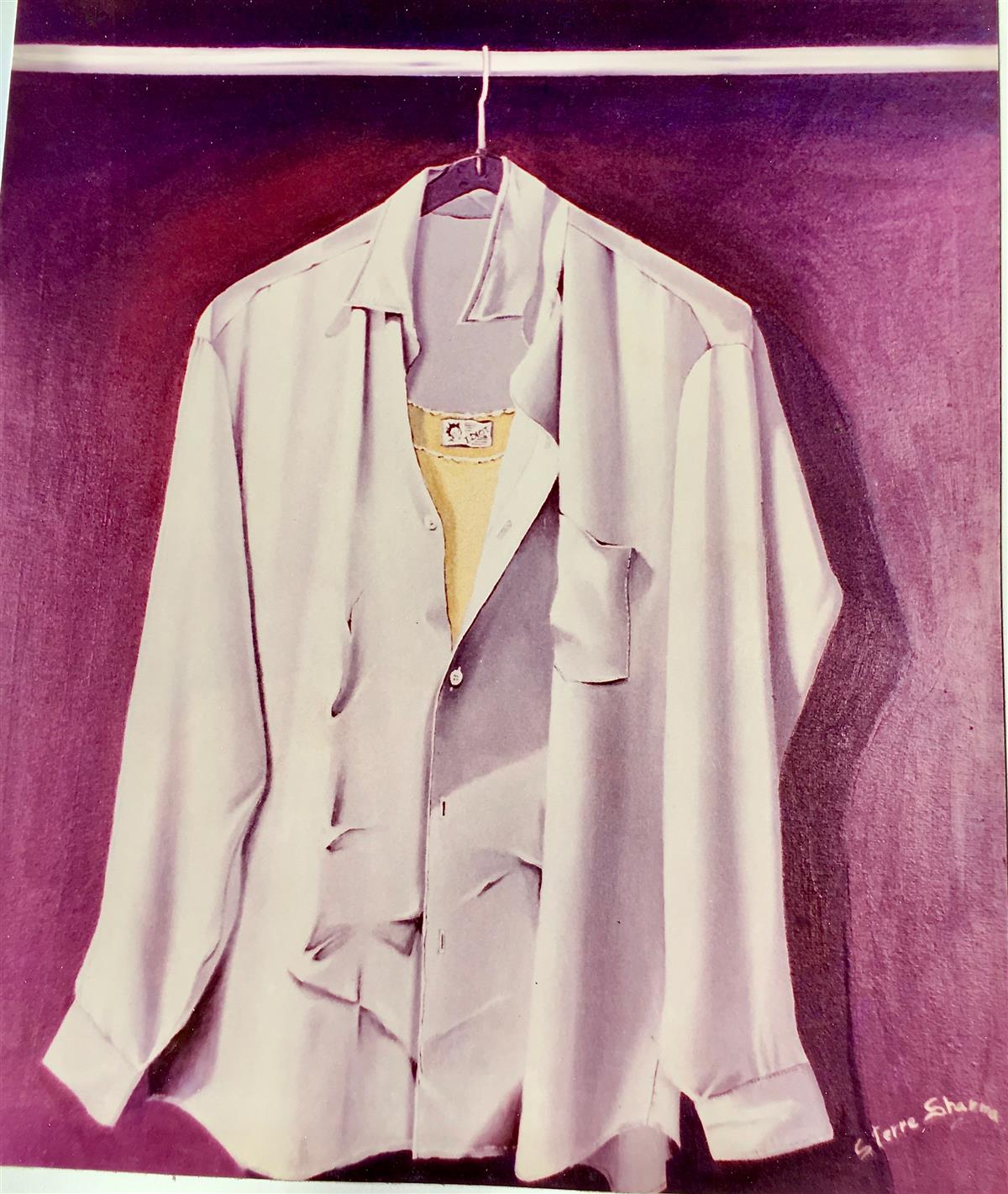 This painting depicts the painter’s conflict in choosing between her profession (designing clothes) and her love for painting. The fact is that she is unable to decide between the two and attempts to harmonise both in the canvas.

The photograph of this painting  was made with old technology and the actual painting is so realistic that it looks as if there is a real shirt hanging there on the wall instead of a painting.

Eventually, painting won over garments and now my designing is limited to my own clothing.