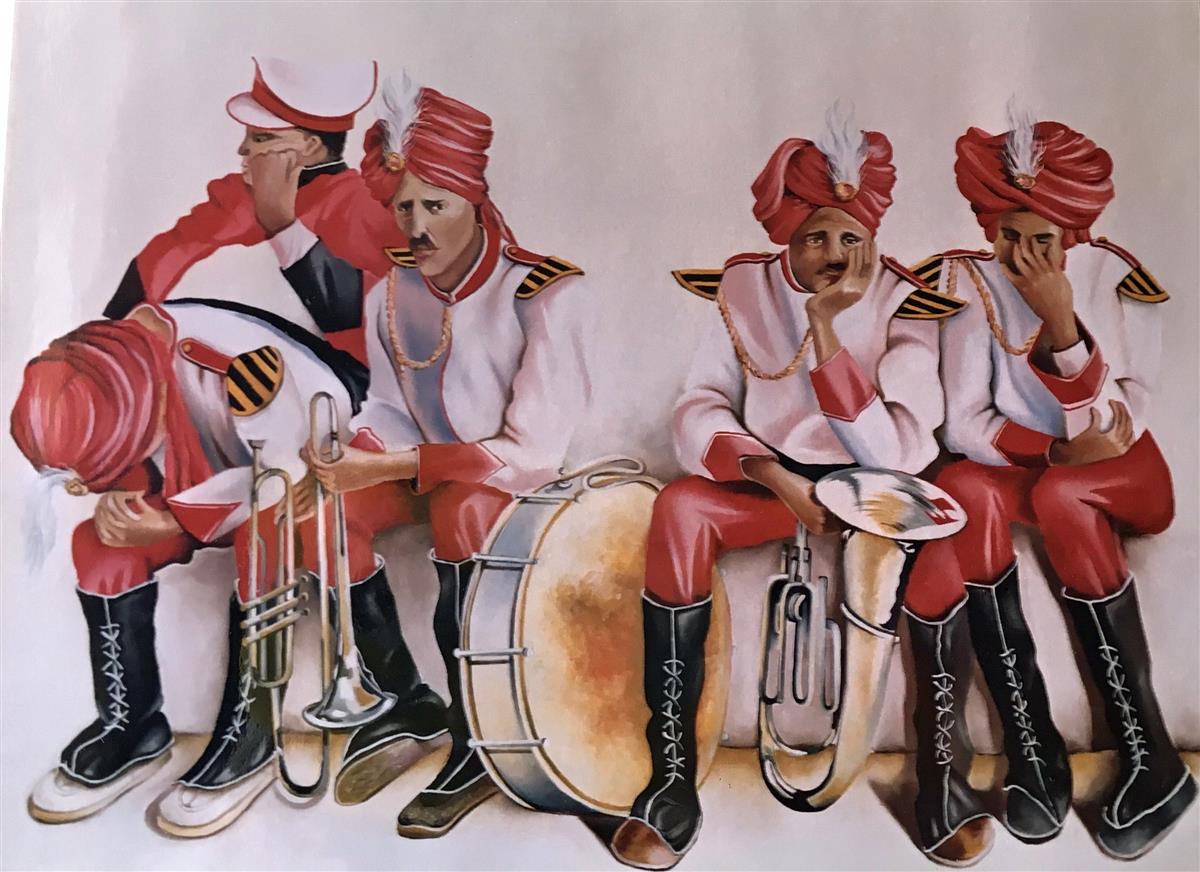 These days the bands are not allowed to perform in the midst of road traffic anymore because they cause traffic jams. They also add to the noise over the already loud traffic cacophony.

If you listened hard and tried to figure out the type of music that the musicians were playing it would seem as if each band member was playing his own song. No one made an attempt to achieve any kind of synchronised coordinated musical unity.

Under the veneer of the fancy shiny uniforms you could actually discover the reality underneath.In this painting we can see the musicians, caught unawares. The reality of their live scan be seen very clearly, however. Underneath their boot like leggings, you can see their poor shoes.Their uniforms certainly do not fit and are made for much larger people. Underneath their uniform they have small thin bodies.The musicians are tired and bored of doing the same thing every day and eating identical food at the weddings where they perform.

I painted the musician son a white background because the entire focus should be on the figures and their stories as individuals, with no background distraction.

They look as if they are sitting and floating at the same time.

I felt that the reality was that no one really noticed the musicians as people while they played their unique music at weddings. It felt as if they were mere ghosts of their real selves.