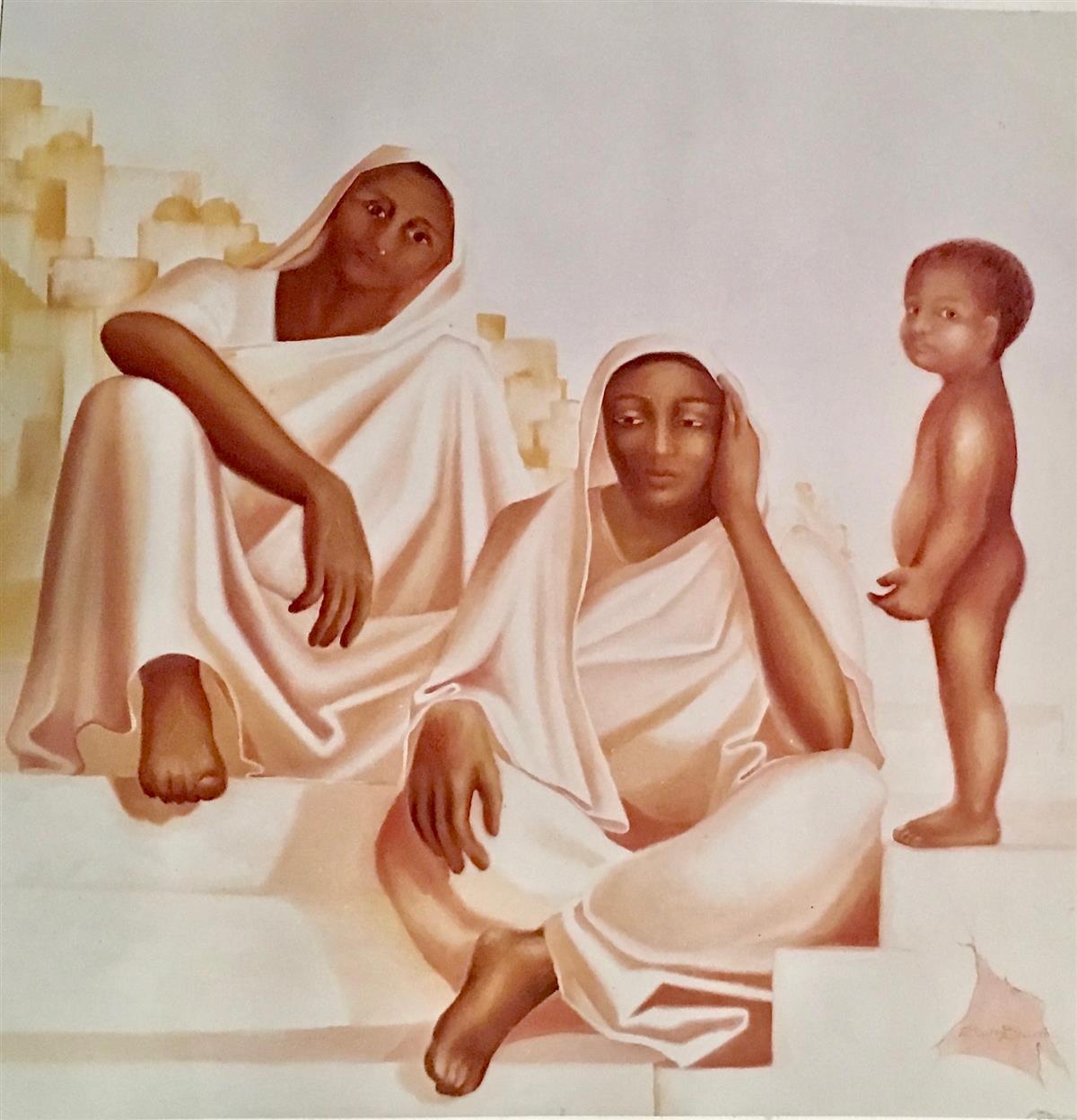 This painting was painted in monotone colours signifying the loss of expectation. That is, the expectation  of Indian married life and family. Widows sit on the riverbanklistless, rudderless.Life has taken a different turnfrom being a wife.  Their husbands’ family had turned them away from their home because they were now “a woman with no husband”.The widows in this painting had recently arrived in Vrindavan.

The women are just waiting for something to happen, anything.The little boy looks at the viewer with a gaze that says  “I am thefuture and have nothing, take care of my mother”.

This painting was made purely from my imagination. I knew about the plight of the widows of Vrindavan from newspapers and their situation touched my heart deeply. Surprisingly the painting was sold to avery wealthy high-profile socialite.Not only that, but there was another

surprising thing about this painting. About three years later when I started to work with needy street artists living in the former Katputli Colony slum, I met a womanwholooked exactly like the elder lady in the painting. It was a portrait of her even before I met her. She was an acrobat wholateralso became a widow.