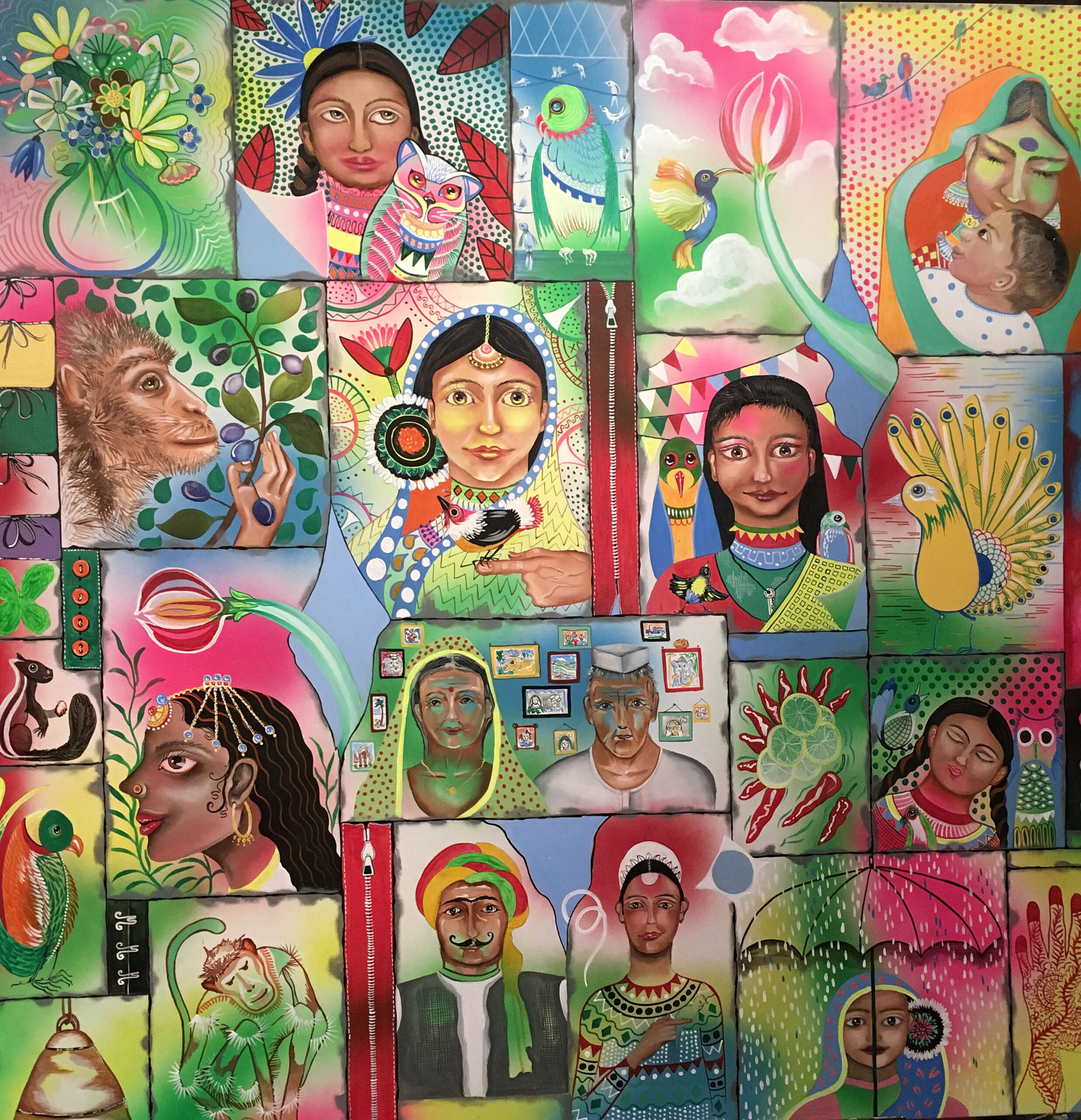 I made this painting to celebrate the positive elements of village life. Look carefully at the painting and notice that it is actually a patchwork, the kind made in villages to keep warm in the winter time. Village women make such quilts out of old clothes and scraps. These small pieces of fabric each tell their own story while coming together to tell a longer tale.

Such patchworks of village quilts inspired me to make this painting.  It is, in fact, also about life in villages in general.

This painting is multigenerational. It attempts to show a village as being composed of one big family. This idea is perhaps a bit idealistic, but when I painted it, I was  going through a very stressful period and wanted to emphasise positive things.

I have a different attitude towards village life than most people do. This is because I was brought up in a village by intellectual parents who chose this type of exposure for their eldest two children. Our father’s career later resulted in a move to the United States so that our younger sister had a different experience. Our younger sister did travel a great deal while growing up so her experiences also resulted in an open mind.

The area where we lived was in Belgium and was quite famous historically. It is known as “Pajottenland.” The experience of living in a village influenced my sister and I for the rest of our life.

We are well aware that village life is hard. However, there are also mitigating factors in the form of warm relationships and the closeness of people who share their daily experiences with each other. A place where there are no closed doors and there is connection and love.

Ultimately, I did not choose to paint the actual village l lived in because it is gone. The village of Itterbeek has mostly become a suburb of Brussels though some fields still remain. All the adult villagers of our childhood have passed away, they only live in our memories.  Memories covered in sadness and loss but also bathed in the affection we still feel for them.