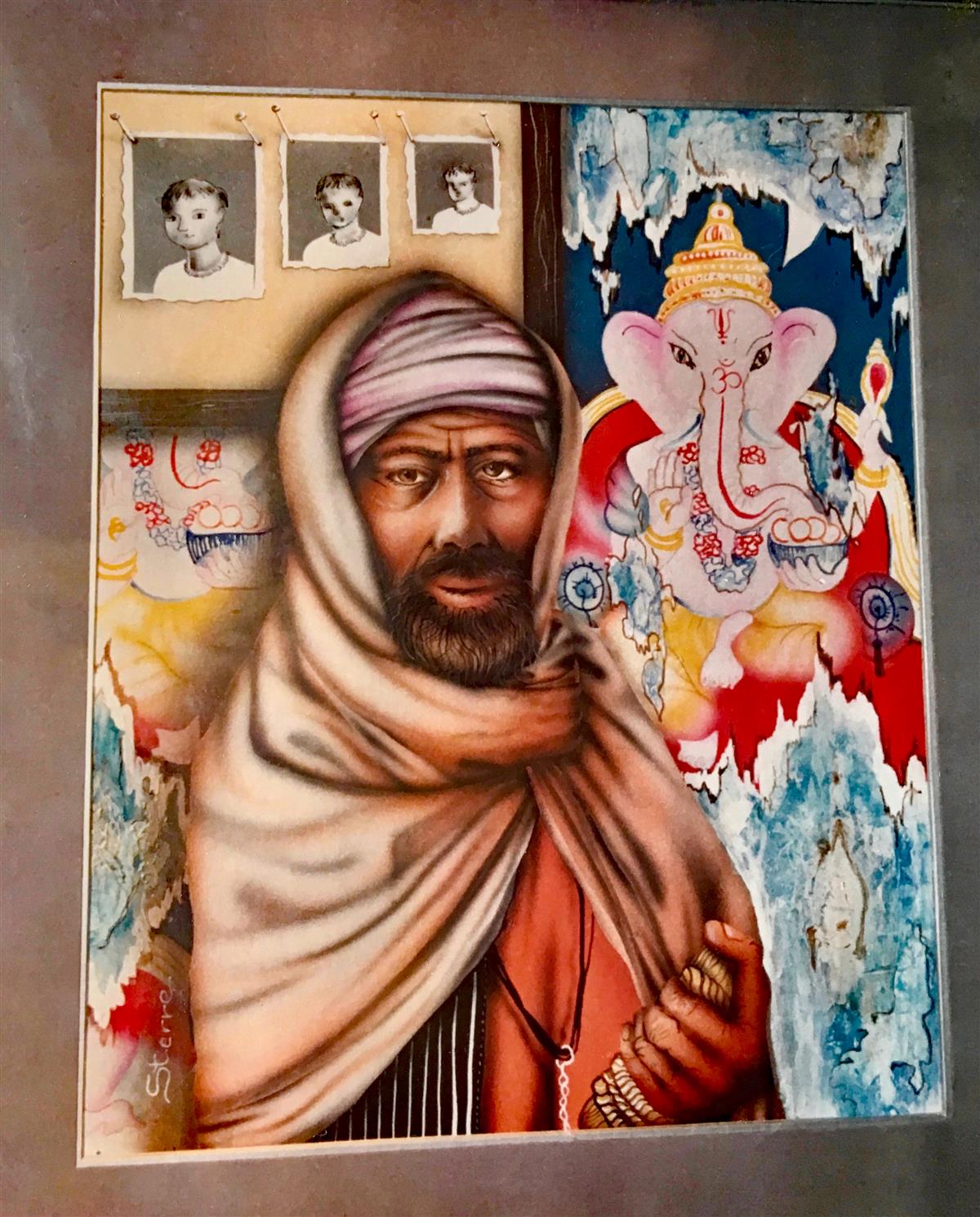 This wandering saint was roaming on the street when I saw him. What I found quite interesting about him was that he had a thick rope in his hands, as if the rope represented his break with normal life as a father and householder.

You can see small photographs of a young boybehind this figure. They representthis man when he was a child.That child did not know what his future would be and only embodiedhis parents’ hopes.The child had no idea that there would be unexpected options in his life, and neither did his parents. This painting brings the man’s dilemma to deal with the expectationsthat he faced to the fore.

Ironically, there is a peeling poster of the God Ganesh behind the wandering saint. Ganesh is the God of plenty andthe addition of his image emphasises the lack of a materialistic life of the man in the portrait. He has given up everything as is the custom for a wandering saint!

At the time I made this painting I wanted to bring the unknown trials of people on the street to the attention of the viewer.