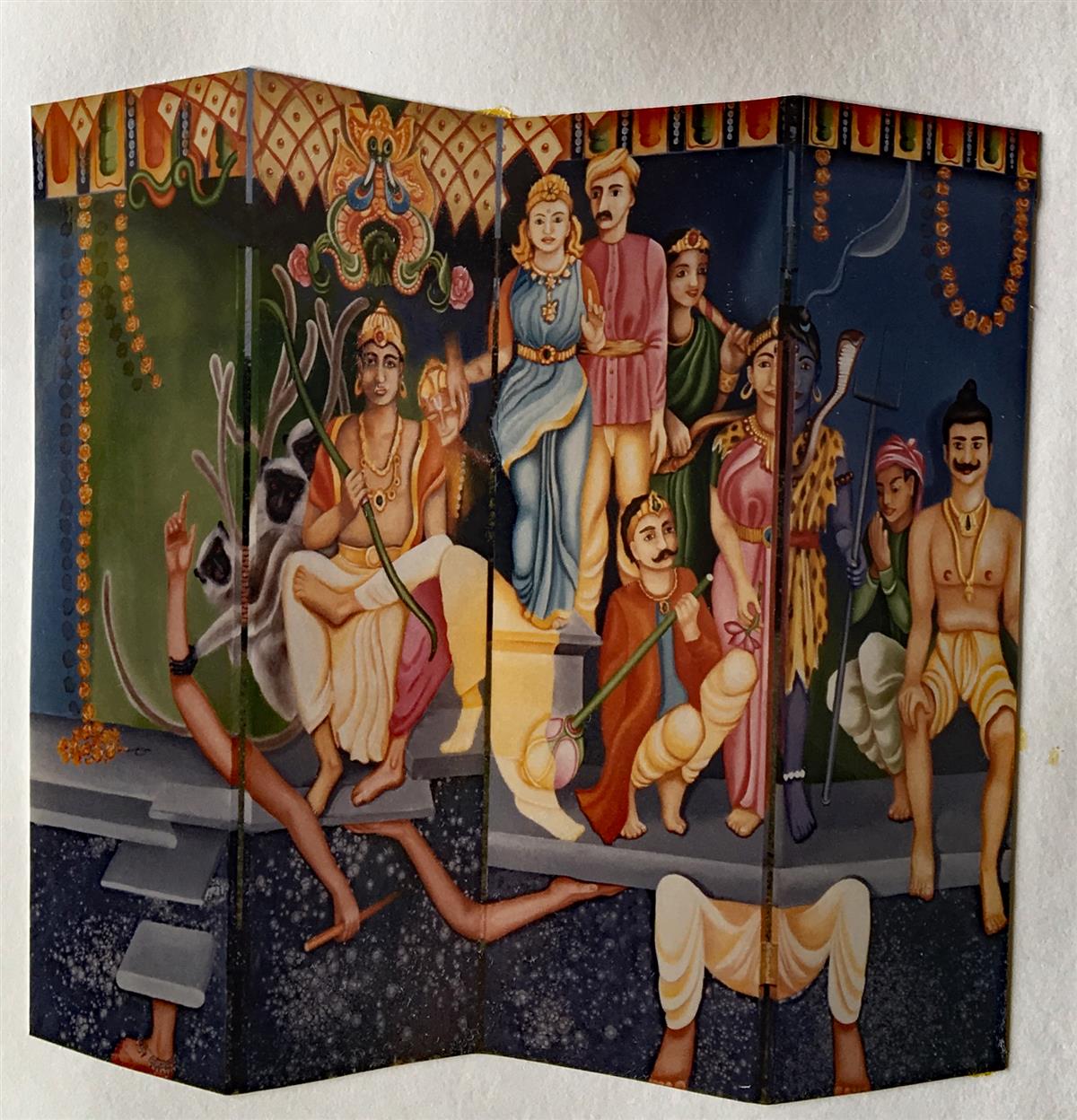 This screen took a long time to make. The underlying concept is thatreligion has no meaningwithout the support and belief of devotees.I used figures representing Indian Hindu gods because this is what I am exposed to almost every day. The figures could, however, be exchanged with those of any other religion and the meaning would remain the same, without believers any religion would not exist.

When you look very carefully at the painted screenyou can see hands and legs without bodies supporting the platform on which the Gods sit peacefully. They are not bothered whether they have devotees or not.

There sits Ram, and behind him Hanuman leans peacefully against him while a dismembered hand pushes his head to lie on Ram’s shoulder, this hand is the hand of the believer.

A woman’s foot provides support to a step that leads towards the holy figures, again emphasising that without the support of the believer nothing is possible.

There is an arm with hand hanging from the platform holding a flute, it is Krishna flute
The hand is looking for Krishna to give him the flute.

Many of the full figures are different sizes, because I want to show that size does not matter when it comes to the power of belief.

I want to emphasise that this is the belief that I held at the time when I was making this screen. My image represents the pattern of my thoughts at the timewithout using words.

My paintings and thoughts change with the flow of my life……